With some determination and a cancellation, more was accomplished this month than I had hoped.  When our niece's maid of honor decided to stay with a friend, I didn't have to focus on cleaning and meals for a house guest.  The quilt binding was made on schedule and then attached and hand stitch down while DH attended his 50th high school reunion and I sat at home indulging in audio books and movies.

We also squeezed in the trip to Silverton, OR.  The focal point of the outing was the Oregon Garden.  After a dry hot summer, the garden is still beautiful but not as lush and green as they would be in May or early June.  The free tram tour is well worth the time with bit of humor added to the informative overview of the park.

Unfortunately, I didn't take any pictures in the gardens, only on the entry to the park. The only Frank Lloyd Wright structure in Oregon was moved and reconstructed near the garden gate.  We didn't pay for a tour as there are several videos on YouTube that show off his interior design that includes an extensive use of built-in storage to avoid the clutter of furnishings.

The exterior of the Gordon house may appear simple but the striking features are the unique use of natural light and the way the architect brings the surrounding landscape into the interior of the home with floor to ceiling windows on the ground floor and the light filtering, wood trimmed upper windows.  Also, the use of wood on the exterior of the house makes the cement block home appear more luxurious. 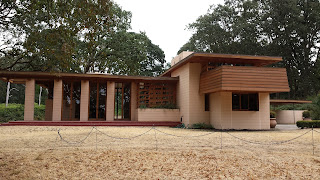 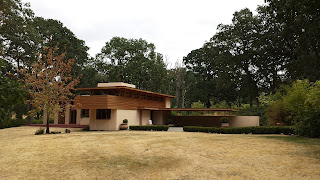 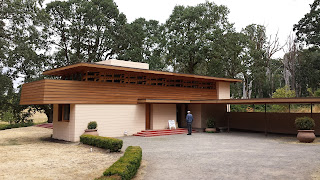 Just above the Frank Lloyd Wright Gordon house, is an Angel of Hope Garden.  This is one of many angels scattered around the world dedicated to parents who have lost a child.  The first angel was commissioned at the request of the author, Richard Paul Evans, in a response to readers of The Christmas Box.  The Silverton Angel is one of two in the state of Oregon.  The other is in a cemetery in Portland.
I am not ready for Fall.  Temperatures have dropped significantly and rain has signaled the change of seasons.  The immediate and important benefits are clean air and forest fire control.  If it weren't for consequences of tinder dry land, Summer could last another month or so.
Posted by Sally at 10:38 AM

After an oppressive summer, then a brief glimpse of cooler temps for a few days last week, I'm ready for some cooler weather. A nice long fall would be appreciated here. Glad you got some stuff done.

Thanks for linking up with Elm Street Quilts One Monthly Goal and congrats on your finish!